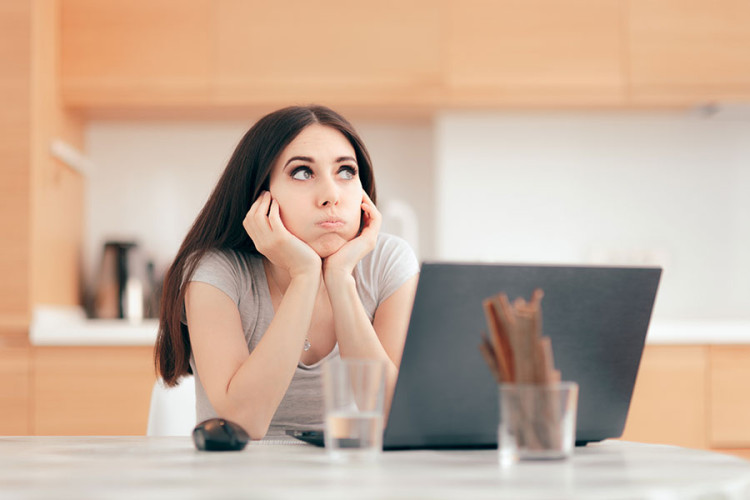 It's time to break free.

Do you find yourself doing almost anything to avoid something you know you should be doing?

Does it feel like an invisible barrier or force is holding you back?

You know you need to do it, but simultaneously you feel an unwitting resistance inside?

And the more you delay or avoid getting started, the more difficult it becomes?

So, you put it off to the very last minute - until a deadline dictates you have to do it, or until the pain of not doing it hurts more than the pain of doing it?

For many of us, procrastination is rooted in anxiety - stoked by that little voice in our head whimpering (or sometimes wailing), ‘I can’t do this’.

Or it’s rooted in lack of motivation. The constant whine of, ‘I don’t want to do this’.

And sometimes, it’s a bit of both.

You put off a task because you feel anxious or unmotivated, but the longer you put it off, the more anxious and unmotivated you feel. And vice versa. It’s a vicious circle.

And did I mention guilt? That icky feeling that creeps up on you, the longer you delay...

How do I know this?

Because I know Procrastination Land well. I’ve been there many times. It’s a barren and colourless place, where you feel like you're hiding out rather than truly living.

So, how can you escape?  How can you stop procrastating?

What are you saying to yourself? Articulate it. Call out your resistance.

‘I can’t do this. I feel anxious. My mind can’t settle. I need to wait until I’m in a better place. I’ll do it then…’

‘I don’t want to do this. I have zero motivation. I’m not in the mood. I need to wait for some inspiration to strike. I’ll do it then…’

Not particularly helpful or constructive, is it? And a sure-fire way to get stuck in avoidance and delay… aka, Procrastination Land.

Time for another go. What could you say to yourself that’s more helpful and constructive? What would your best friend tell you to say?

Be mindful of your self-talk. You don't have to deny how you feel. Accept and positively engage with it instead. What you say to yourself can either empower or deplete you. Make sure you choose empowerment.

Sometimes we get stuck in procrastination because the task is so big.

We feel overwhelmed before we even start. So we don't.

When you feel like this, break the task down into small, achievable steps.

You don’t have to do it all at once. Focus instead on taking one step at a time. A small step is manageable. And once you get started, there’s a good chance you’ll get interested - and motivated to do more.

‘Thirty years ago my older brother, who was ten years old at the time, was trying to get a report on birds written that he’d had three months to write, which was due the next day. We were out at our family cabin in Bolinas, and he was at the kitchen table close to tears, surrounded by binder paper and pencils and unopened books on birds, immobilized by the hugeness of the task ahead. Then my father sat down beside him, put his arm around my brother’s shoulder, and said, “Bird by bird, buddy. Just take it bird by bird…'

Procrastination is sometimes caused by another form of overwhelm.

The overwhelming pressure to be perfect.

Back to bestselling author, Anne Lamott:

‘People tend to look at successful writers and think that they sit down at their desks, push back their sleeves, roll their necks a few times to get all the cricks out, and dive in, typing fully formed passages as fast as a court reporter.
But this is just the fantasy of the uninitiated.
We all feel like we are pulling teeth.
For me and most of the other writers I know, writing is not rapturous.
In fact, the only way I can get anything written at all is to write really, really shitty first drafts.’

Release yourself from the pressure to be perfect.

'Perfectionism is the voice of the oppresor, the enemy of the people. It will keep you cramped and insane your whole life...' advises Lamott.

Replace the need to be perfect with the desire to make progress.

Give yourself permission to start with a shitty first draft.

You can cut, add, polish, later.

Are you stuck in Procrastination Land? Want to break free? I'm here and ready to help. Let's plan your escape.